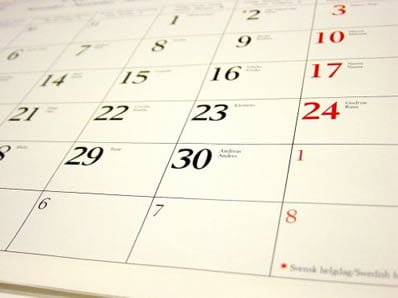 Not that many people have noticed ;-) but my blog posting frequency went from often to almost not at all since last May.

I changed my blog posting frequency for a number of reasons but one of them was because I had gotten into a conversation with a friend about the importance of blog posting frequency for bloggers. We discussed several opinions but really had little data to use as a factual reference so I decided to use this blog as a “guinea pig” and the results were about what I expected.

Nothing about this was very scientific, I simply went from posting often to basically not at all. I did add one post in November about a Hostgator Black Friday Deal just to see how long it would take to get it indexed, which I found occurred within 30 minutes which is about what I was experiencing before.

Now don’t take this as an endorsement to stop posting, I have just found that my site in particular did just fine regardless of my blog posting frequency and was not ruined by me basically ignoring it for almost a year. Had I kept up regular posting I expect I would have gained more than I did by letting it sit.

Updating your sites regularly with quality content is of course your best bet, but I feel that this exercise shows that if you have been doing what you should with your site and you drop the ball for a while, you can still pick things back up later and not be much worse for the wear. It is now my opinion that blog posting frequency is more critical for newer sites and that the longer your site is up the less critical it becomes, at least this is what my results tell me.

What do you think about the importance of blog posting frequency?