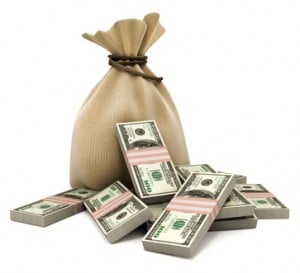 I have signed up for many affiliate programs over the years and many of those programs use different methods to pay their affiliates, one particular example is Woothemes who offer an option to get a woothemes branded prepaid mastercard from Payoneer so I thought why not, I’ll try this out and see how it works. Signing up for the card through Woothemes was a painless process and in a week or so I had my spiffy debit card with a nice Woothemes logo on it, good call by them I thought as it added a professional touch to the program and kept it fresh in my mind about where the money for that card was coming from.

I have since looked into using Payoneer cards for several clients affiliate programs and its gone well, until recently that is. About 3 weeks ago I received notice that I needed to replace my current card as Payoneer was changing the company they use for the cards and that my Woothemes card would be deactivated and the funds on it moved to my new card once I received it, I completed the process and in about a week I got my new card in the mail… I noticed one serious problem with it though, it is a Payoneer branded card and does not have Woothemes on it anywhere, this bothers me because Payoneer charges up to $5000 to get your company branded version of the card made, Woothemes (and many others) have paid this amount so affiliates like me would get a card that had a nice Woothemes logo on the top of it instead of the Payoneer logo.

To sum it up, Payoneer took thousands of dollars from companies like Woothemes and in return agreed to provide branded cards to those companies affiliates and then at a later date made all those cards useless and replaced them with the normal unbranded versions, if I had paid $5K and got treated like this I would be a bit po’d. I’d definitely like to know your thoughts on this particular situation as well as situations similar to this.